The Beckett Bridge – how original? 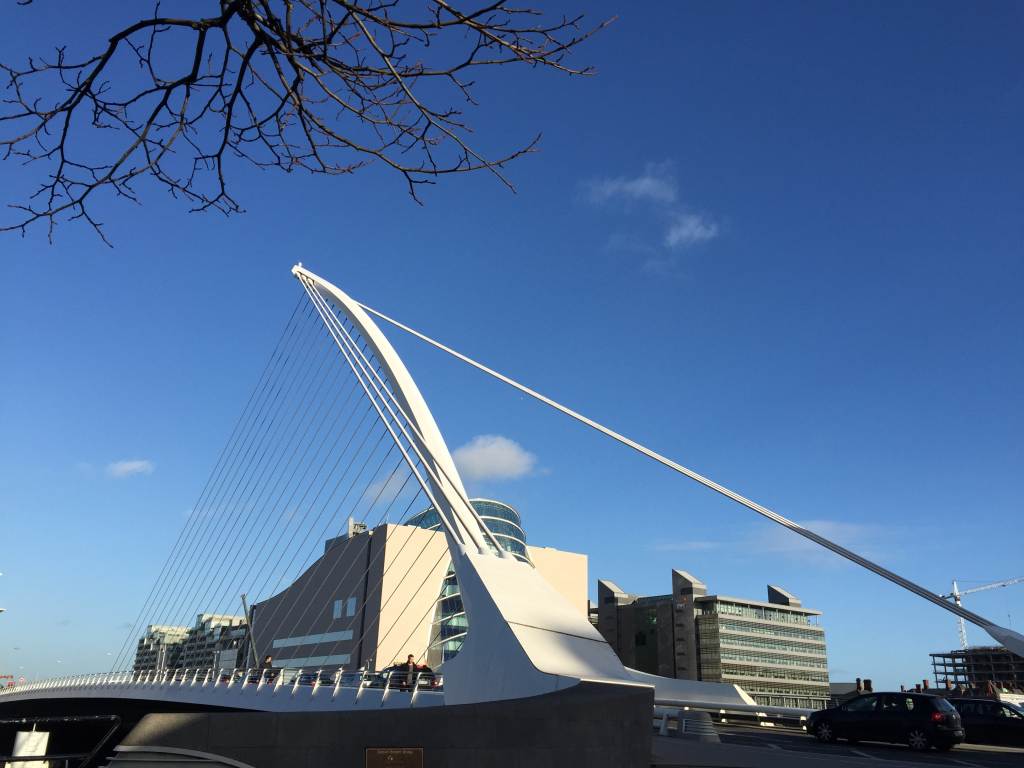 The Beckett Bridge is one of the most dramatic sights on the river Liffey. Designed by Santiago Calatrava, as is the James Joyce bridge further upstream, it’s dedicated to Samuel Beckett.

The bridge is supported by 31 cable stays, with the decking providing four traffic and two pedestrian lanes. It is also capable of opening through an angle of 90 degrees allowing ships to pass through. This is achieved through a rotational mechanism housed in the base of the pylon.

The steel structure of the bridge was constructed in Rotterdam by Hollandia, a Dutch company also responsible for the steel fabrication of the London Eye. The steel span of the bridge was transported by sea in May 2009. The project cost €60 million and was officially opened in December 2009.

In Ireland many people assume the design is inspired by the Irish harp, but a quick look at one of the Spanish designer’s other works tends to suggest otherwise.

For example, this is one he designed for Buenos Aires in 2001: 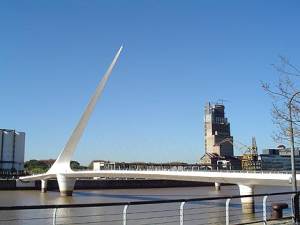 Nevertheless, original or not, the Beckett Bridge is a beautiful piece of construction art. Calatrava has defined his style as bridging the division between structural engineering and architecture.Santiago Calatrava Valls born in 1951 in Spain, is described as a neo-futuristic architect, structural engineer, sculptor and painter.In his projects, he claims to continue a tradition of Spanish modernist engineering that included Félix Candela, Antonio Gaudí, and Rafael Guastavino, with a very personal style that derives from numerous studies of the human body and the natural world.

You can get close to the Beckett Bridge when you take a tour with See Dublin by Bike. 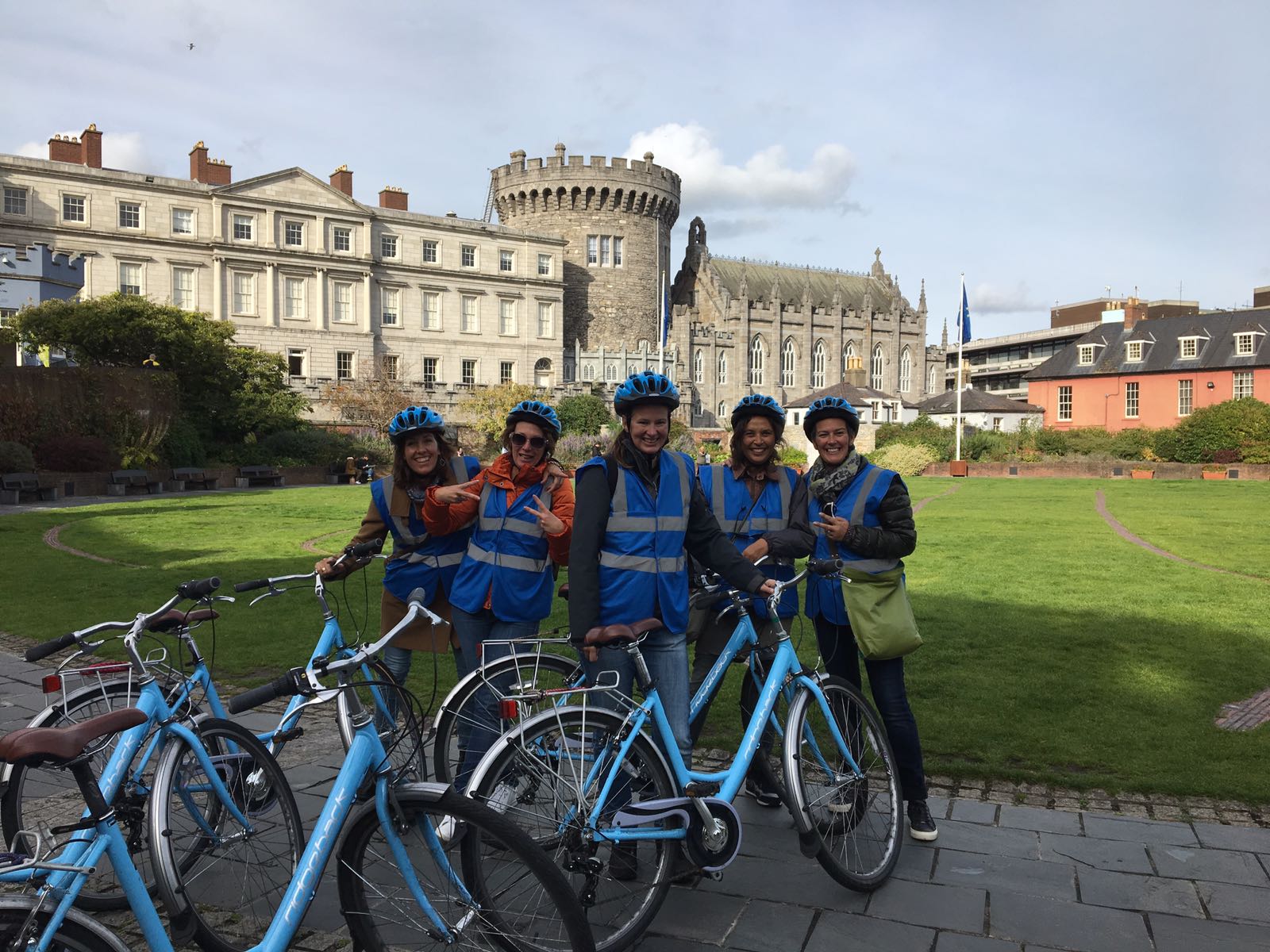